I've been babysitting 3 of my out-of-state grandchildren while my son and his wife are out of the country--a five year old, three year old and 11 month old. Wow!  What I've been learning!

The first couple of days were hard.  Very hard.  The three year old is a strong-willed child who does not understand the concept of taking turns or sharing.  I was not enjoying myself and not acting like myself.  I was grouchy, short tempered, felt picked on and started harboring and thinking negative thoughts.

I felt bad about my feelings and called one of my daughters.  I was so frustrated-- at ME-- not my grandchildren.  I was discouraged with myself that at my age, I still am having negative, mean thoughts, that I can't control my anger, that I'm judging and coveting.  STILL.  When am I going to improve and get over my weaknesses?

My daughter told me that I wasn't going to perfect them in this life.  That they are my struggles and weaknesses and I have to deal with them my whole life--but that's  normal.  Yes, I can improve, but they will always be my demons.

For some reason that made me feel much better.  Oh.  It's a lifelong process.  I'm not a horrible person.  Yes, I'm having problems again with my feelings and attitudes, but I can nip them in the bud quicker now, than I did several years ago.

Another thing that happened to me, was several people validated that, yes, I had a difficult three year old to deal with.  Yes, it is very hard on you.

Once I was validated, and once I realized that I'm not a horrible person, I immediately felt better and immediately became my cheerful, fun loving, creative grandma-self again.  When my grandson started yelling and crying, I could change the atmosphere just by doing silly things to distract him.  One time I yelled, "Oh my gosh, there's a dinosaur outside!".  Then I rushed outside with two little boys following me and suddenly we were outside playing and having a good time.

The daughter I talked with was having a hard time herself.  She is a nanny for a little boy who is having difficulty in the potty training area.  She felt frustrated, mean and horrible like me.  Then the father and mother of the boy got a little more involved and said how hard the situation was and immediately, my daughter felt validated.  The situation didn't change, but now she could deal creatively and cheerfully with it again.

Validation is magical!  How cool is it, that when a situation doesn't change, but we are validated in the difficulty of it, then we become able to continue to face the challenge with new strength and energy?

Who can I validate? I'm going to be a better listener, and instead of trying to solve someone's problem, I'm going to validate that they truly are having a  difficult situation.

"Your husband works nights and you never get to see him that much?  That must be really hard."

"You've been trying to find a new job for months and can't find anything?  That must get discouraging."

"You've been trying to lose weight, but nothing seems to help?  That's so frustrating."

Cathy
I'm a widow, mother of 7, grandmother of 22 (11 grandsons and 11 granddaughters!) and retired school music teacher. I'm a piano teacher, ukulele teacher, banjo and mandolin student, and advocate for families. I want to share music with as many families as I can to help them enrich and fortify their homes.

Arizona 2012 Mother of the Year

I'm a member of The Church of Jesus Christ of Latterday Saints. Find out what we believe. 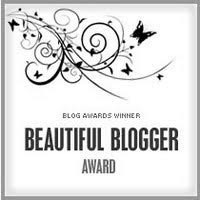